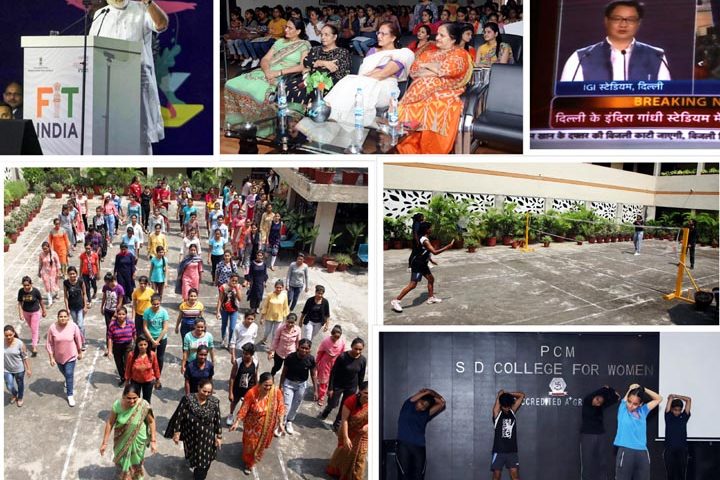 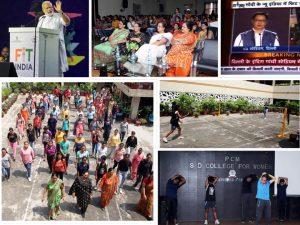 A Fit and Healthy India was the aim of the Fit India Movement which was launched by Prime Minister, Mr. Narendra Modi. On 29th August, 2019 on the occasion of National Sports Day which also commemorates the Birth Anniversary of the legendary Hockey Player major Dhyan Chand. The aim of the movement was to make physical activity and sports a part of daily routine in every man’s life. Not only India but may countries of the world like China, Australia, America are also involved in this movement to make people of their country fit by 2030. Considerable efforts for health and well being of the teachers, staff, officials should be made to achieve physical fitness, metal strength and emotional equanimity . Students, Staff and Officials assembled to view the live telecast of the launch of the ‘Fit India Movement’ and took the Fitness Pledge. Students also walked 10,000 steps and pledged to incorporate the objectives of the movement in their daily life. The NSS Unit and the Physical Education Deptt of the College organized various warming up and cooling down exercises. Students also participated in Badminton competition.